My lovely childminder is taking the next couple of weeks off and heading to the crazily hot climes of Turkey.  I really dont resent her having this time off.  I’ve looked after my son. I cant imagine looking after him and four toddler clones at the same time, with the same demands, nappy changes and tantrums x 5.

But this does mean my days are about be all about the mum part of being a PhD mum.  And the PhD? Well, I’m going to try and work in the evenings.  No seriously, dont laugh.

Anyone who knows me knows that my evenings since Henry was born have mostly involved sitting down with an exhausted sigh and falling asleep in front of the Mentalist or Game of Thrones.  I’ve tried working in the evenings, I really have.  For one week before a conference when Henry was 7 months old I was writing in half hour blocks between cries as he REALLY slowly learnt how to stay asleep.  (By the way, why are human babies the only creatures who need to learn how to go, and stay, to sleep!?!).

I will have to start drinking red bull again, just like I did during exam term as an undergraduate.

But the biggest problem I have (apart from trying to stay awake) is all the paragons of work ethic I have as examples to beat myself up with.  First there’s my mother. Three kids, on her own, part time job, then a full time one, and a clean and tidy house.  My mother in law, two kids and a husband, factory job working 18 hours a day, exceptionally clean and tidy house (not sure if I entirely believe this one, or the denials from my husband that she had family help. 18 hours! Really?!?!). My aunt and uncle, two masters/one PhD, two children WHILE renovating a house. When my single/no kids cousin complains about working for an MBA he gets reminded of this.  When I cant work out when I can possibly do a PhD, look after Henry around his childcare, AND be the kind of mother who makes fresh organic meals in an immaculate kitchen while wearing full make up and lovely hair.  I have examples to measure myself up against and find myself wanting.

I read this article recently, which resonated for me:

‘We live in a culture with a strong sense of scarcity. “We wake up in the morning and we say, ‘I didn’t get enough sleep.’ And we hit the pillow saying, ‘I didn’t get enough done.'” We’re never thin enough, extraordinary enough or good enough – until we decide that we are. “For me,” says Brown, “the opposite of scarcity is not abundance. It’s enough. I’m enough. My kids are enough.”

The Imposter Syndrome that seems endemic amongst PhDs is really a part of a wider feeling of Not Good Enough that society has been sucked into.  People have argued that social media compounds this problem.  We’re never doing as much as our online friends, we are never having as good experiences, our hobbies arent as alternative or quirky, our social life as active.  Maybe, but I’ve also found a lot of honesty online as mothers (mostly its the mothers) admit that its not EASY, they do struggle to be everything to everyone.  I particularly like this blog by a friend of mine taking on motherhood and its issues from a religious angle.

I just want to keep on top of everything.  Which might mean a few less naps on the couch in the evening and a bit more of the old tappity-tap on the laptop! Though this seems more likely: 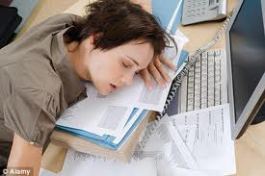 One thought on “Enough is Enough”