“AI and the ‘End of Religion’?: Ethnographic Accounts and Implications”, Keynote lecture at Equipping Christian Leaders in an Age of Science Conference, York, 2022 (postponed from March 2022)

Center for Culture, Society and Religion, Princeton University: A Conversation with Beth Singler

American Academy of Religion, Panel: AI and Religion in AI 2041: Ten Visions for Our Future

Science Fiction Squared: Symposium exploring the future of science fiction. Panel on ‘The Mythology of the Future’ with Adam Roberts, Yen Ooi, and Jennifer Woodward

The Ethics of Artificial Intelligence, discussion panel at the Phoenix, Exeter 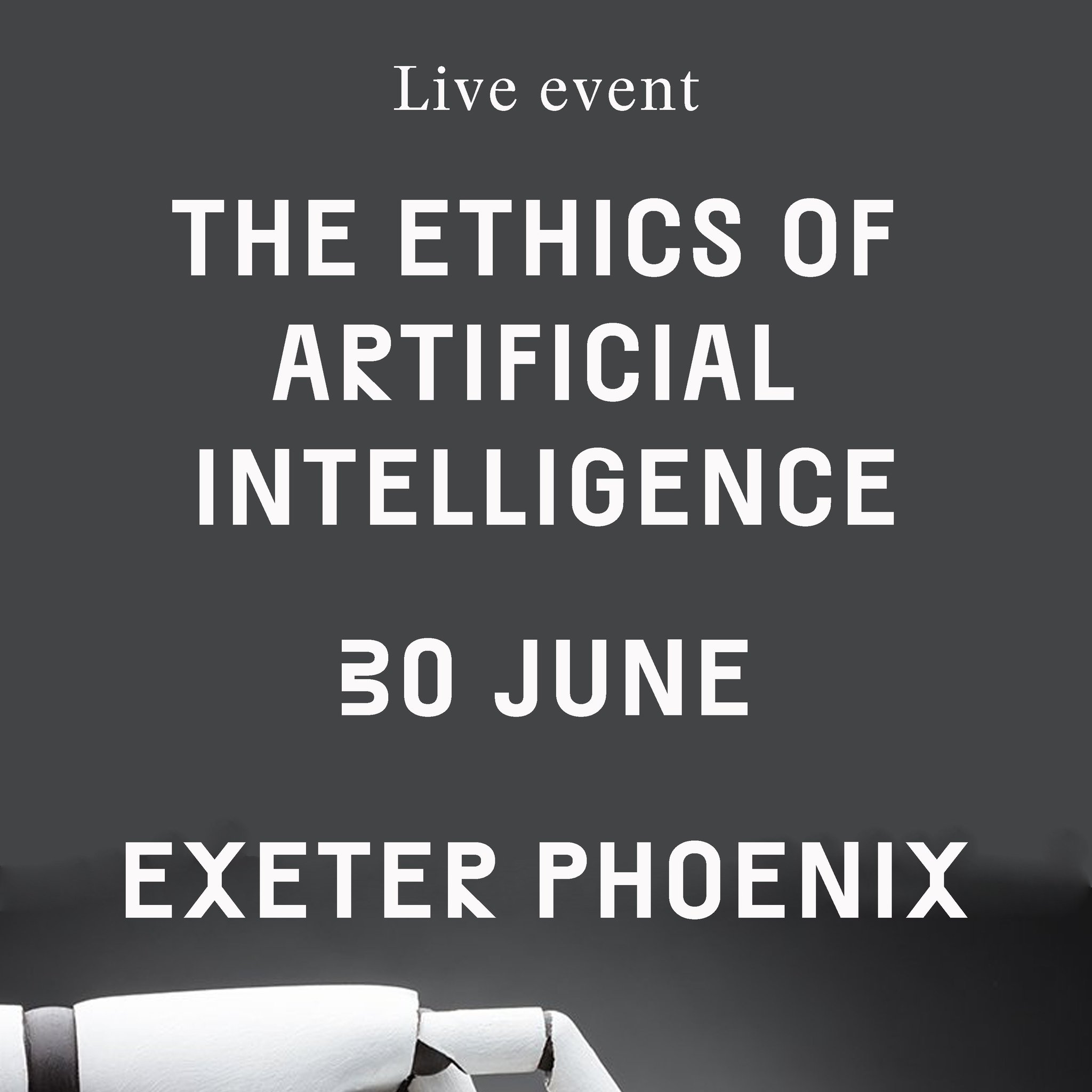 A Salon for Humans & Machines, a conversion with Beth Singler. Conversing with William Powers Visiting Scholar for Humanistic Technologies at CHM and the author of the New York Times Bestseller Hamlet’s BlackBerry: Building a Good Life in the Digital Age – Berlin and Online – 15th March – LINK to Youtube video

New Scientist Evening Lecture – “Understanding the AI Revolution”, where Beth will be speaking on “fAIth: Believing in AI” – POSTPONED TO JUNE, date tbc

“The Dreams our Stuff is Made of: Trust, Agency, and Super-agency”. Talk on AI Ethics at CHAIR

22nd July – Just because you can, does it mean you should? Ethics in Artificial Intelligence (AI) – BCS Data Management Specialist Group

Link to video of the panel

Chairing a panel on Existential Threats: the Unpredictable Horizon

Interviewing Max Tegmark on Why Democracy Needs and Algorithm

11th May – Inclusivity Lounge online, hosted by Women on Top at the Delphi Economic Forum

13th April – Webinar on disinformation, democracy, religion, and the digital

Research Seminar at KU Leuven: “Blessed by the Algorithm: Artificial Intelligence and Religion in Online and Offline Discourse”

Private Workshop on the ethical impacts of AI, European Academy on Religion and Society (EARS)

Co-Opting AI: Fiction: NYU’s Institute for Public Knowledge, NYU Tandon’s Department for Technology, Culture and Society and the 370 Jay Project invite you to a discussion on finance in the series “Co-Opting AI.” (ONLINE)

Technology and democracy: rebuilding from the bottom-up: Cambridge Alumi Festival in association with the Hay Festival, (ONLINE)

New Scientist Evening Lecture – “AI and the Future of Your Mind”, London – POSTPONED

BERA Conference on Being Human: Education in a Technological Age, Cambridge UK – POSTPONED

God and the Machine Panel – AI and Religion, Cambridge Festival of Ideas 2019

Alumni Festival, Cambridge University – “Are we ready for AI?”

Trust and Technology Initiative 2019 Symposium – “Clap if you Believe in AI: Fairies, Ghosts, and Algorithmic Gods”

CogX Festival of AI and Emerging Technology: Panel on ‘Robomorphisation’ and interviewed Paul Mason and Anand Girahadas about their new books.

Presented at the AI: Religious and Ethical Perspectives conference, organised by the Science and Human Dimensions Project with funding from Templeton

Launch for Ghost in the Machine, with CSER and the Ground Zero Exhibition

Invitation from FCO to speak at AI Summit Munich

Homerton College 250th Anniversary – Monsters and Me: Frankenstein and AI

A special panel, sponsored by the AHRC to celebrate our short documentary on AI, Pain in the Machine, the winner of the 2018 Best Research Film of the Year Award. After a screening I will be discussing the film with Murray Shanahan (Google DeepMind, Imperial College, London) and Barry Smith (Institute of Advanced Studies, University of London) 🙂

Appearing on two panels, one on the legacy of Frankenstein (Let’s Talk Frankly), and one on how What Do Robots Think About When No One’s Around.

Appearing with the rest of the AI Narratives crew for a panel on AI at Imagining the History o the Future: Unsettling Scientific Stories, York University

Speaking at the Symposium on Light, ZKM, Karlsruhe, Germany.

Dr Singler will be in Lisbon to be interviewed as a part of the CCB’s Imagine 2084 series of speakers, recorded to be broadcast as well.

Beth appeared on BBC Click Live, discussing Pain in the Machine (at about 16 mins in):

Along with three experts on medical history, medicine, and the science of swearing, Beth discussed Pain in the Machine on Start the Week:

Beth presented to the Lords Select Committee on AI as a part of the AI Narratives team, one of the four projects from the Centre for the Future of Intelligence that were asked to report on the work of the centre to the committee.

Pain in Machine, the first film in our series, won the AHRC award for best research film of the year.

The second film in our series, Friend in the Machine, was released:

Beth was in Tokyo for the symposium on AI and Society and a one day workshop on beneficial AI. She also took the opportunity to do some fieldwork and visited Asimo at the Museum of Science and Emerging Technology, the robot hotel, and the robot restaurant:

Beth appeared as a guest on the Sunday Programme to talk about the religious language used by technologists and transhumanists about the future of AI and humanity.

Should we accept that humanity’s time is nearly up?

The Knowledge at the Science Museum – How to Make a Robot

Do androids dream of electric sheep? From incognito twitter-bots to grandmaster-beating machines, artificial intelligence capable of highly sophisticated interactions is no longer restricted to science fiction. Artifical intelligence expert Murray Shanahan and digital anthropologist Beth Singler investigate the machine mind – exploring how we engineer intelligence, what we know about robot thought processes, and how similar they might be to our own. Chaired by Dallas Campbell

Hay Festival of Literature and the Arts

Beth Singler has been selected as one of the Hay 30

Beth will be appearing on the BBC stage for BBC Click Live on Saturday 27th May, and on Sunday 28th May she’ll be on the Starlight stage discussing her research into the implications of developments in AI and robotics, as a part of the Cambridge Series of speakers. On the Sunday she’ll be showing her project’s short documentary film Pain in the Machine (made with Little Dragon Films and Ewan St John Smith, Dept. of Pharmacology, University of Cambridge).

The Annual Centre for the Application of Research (CSAR) Debate: ‘This House believes that AI/Robotics will make us happier’