Yesterday Was a Good Day…

I spent a good few years working in the film industry as a screenwriter and script editor with only a mere modicum of success. Occasionally I would get a good commission only to be disappointed by the unprofessionalism of the person hiring me (a moan for another day…).  But it would be all too easy to blame them for me never reaching the stellar heights of the industry.  Instead I try to bear in mind the phrase I often heard at networking events: “You’re only as good as your last script”, and maybe mine werent as amazing as I hoped. 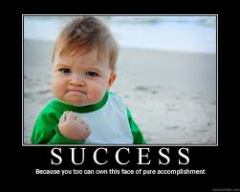 In academic writing I think that phrase holds true to a certain degree, in terms of publications at least.  But in terms of day to day writing I find that having a good day yesterday and producing something workable if not refined can actually be a hinderence to getting started the following day.  There’s an element of laurels resting, but also academic writing can be so draining that getting going again, for me at least, can be hard.

Yesterday was a good day.  I finished off a rough draft of one of my conference papers.  It still needs a lot of work, as I was mostly freewriting it and forcing myself not to edit as I went.  But its there, on ‘paper’, so to speak.  And today I need to tackle the second conference paper almost from scratch.  I have some rather random slides, but the structure’s not working, my argument’s not clear, and I have to start walking up that mountain AGAIN after just ‘finishing’ one paper.

So, I dont actually feel like I am AS good as my last piece of work.  My ‘goodness’ comes from determinadly taking those Sisyphean steps back up the writing mountain.  Here we go then…

The new recruit settles into the robot army, trying to quell his nerves as the grizzled veterans tell gory tales of the wars before...
My speech from last night... Welcome to the Roaring 2020s https://www.bvlsingler.com/2020/01/22/welcome-to-the-roaring-2020s/
How was your evening?
Remember, remember...
Henry enjoying the Japan rooms :)
At the British Museum today :)