In Which the Author Does Some Fieldwork…

I went to a ‘Mind Body Spirit Fayre’ on Saturday in Kings Lynn, Norfolk. I’m going to use this space to write up some thoughts and issues with this bit of fieldwork.  This is a bit stream of consciousness-y but bear with me! 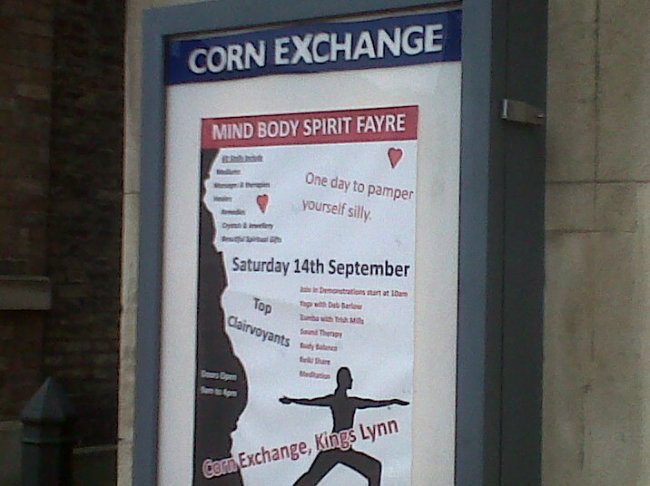 1. This wasnt an ‘Indigo event’ but a more general holistic/New Age/Spiritual fayre.  There were about fifty stalls (or ‘over sixty’ according to the marketing) including trinket-y ones with small angel statues and artwork, crystal stalls, therapist and psychic reader stalls, and remedy stalls selling products based on herbs and new technologies etc (such as a Neal’s Yard stall, an Aloe Vera stall, a waist-loss wrap system etc etc).

2. The stall holders and attendees varied in background, some seemed more middle to upper class, others had tattoos, multiple piercings etc.  Age range was wide, from small children to retirees, and I’d say that the majority of people I spoke to were women. I only saw two black people, a father and a female toddler.  No other ethnic minorities as far as I saw.

3.  I had to take the Toddler with me (the other half was sick) which presented a few issues.  First, I intended to spend much more time at the fayre than I managed to, working around the Toddler’s lunch, nappy changes etc. Second, the Toddler  needed to be set free from his buggy at one point to burn off excess energy after a nap.  This meant I spent a good half an hour to an hour walking fast in laps of the hall following a speedy little human.  I didnt get much fieldwork/survey work done in this time apart from smiling at the people I had already spoken to and bonding with those who had children too.  There were a few children at the fayre but most were older than the Toddler.  Two little girls were handing out business cards for their mother’s crystal business.  I tried to get the Toddler to hand out my free-listing forms (more on this below) but he ran off with the plastic envelope they were in.  When he was tied down he was a pretty good ice-breaker, even when pretending to be shy! 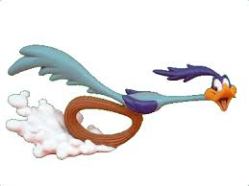 4.  Free-listing.  I tried a research method I had seen Knut Melvaer and Margrethe Loov talk about during their presentation on fayres in Norway at BASR.  I dont think I did it in quite the same way as I left my forms with people to fill out rather than recording their immediate responses.  I chose four terms and left space for four responses.  These terms were, in this order: New Age, Spiritual, Indigo Children and Parenting.  I made it clear I was a PhD researcher but didnt tell them that Indigo Children are the focus of my thesis until after they had filled in the forms.  I emphasized that they could fill as much or as little as they wanted to/could.  Many admitted that they didnt know what Indigos were and were going to google it, but I had impressed on them that I wanted their immediate responses.

5.  This morning I systematised the responses I received and I am very interested in the particulars of the responses, and the patterns I can see that a full on statistical breakdown (with 23 responses the sample is too small for any major statistical work!).  So for instance, under New Age I can see that the most common responses are (in descending order): ‘Hippy’, ‘Music’, and then in joint position: ‘1960s’, ‘Alternative’, ‘Futuristic’, ‘Modern’ and ‘Traveller’.  Negative words are also very interesting, with New Age receiving ‘Rubbish’, ‘Silly’ and ‘False’, while parenting was dominated by words around ‘hard work’ such as ‘Tough’, ‘Stress’ and ‘Regret’.  The term New Age is not particularly liked by what academics refer to AS the New Age Movement!

6. I received the least responses for ‘Indigo Children’, and many of the responses were more like impressions of the term (‘Blue’, ‘Moon’, ‘Colour’) and suggest that the respondents arent all that familiar with the term.  Certainly many of them said as much when they handed the forms back and I really had to emphasis it wasnt a test with right or wrong answers! This supports (to a small degre given the sample size!) my impression that the Indigo Child phenomena is more widespread online than offline where it is so geographically widespread that it hasnt as yet made a large impression on the New Age Movement.  It was really useful to speak with people from the general holistic milieu to get this perspective: just talking to Indigos could give the impression that its a paradigm shifting idea that is overwhelming held by many.

6.  Some of the responses were hard to read due to spelling errors or handwriting, and I am tempted to speculate on educational background, but I dont have biographical evidence for that.

In all I am pretty pleased with how things went and I am planning to go to another fayre this Saturday/Sunday where I will repeat these research methods… but hopefully leave the toddler at home!

7 thoughts on “In Which the Author Does Some Fieldwork…”